A quick entry to, electronically, offer you and yours our best wishes for a wonderful Holiday Season.

This has been a challenging year... a good friend unexpectedly left us, the down-turn in the economy affected almost everything, health issues were faced and dealt with, changes in lifestyle presented new challenges. Instead of dwelling on all that was not so good, we choose instead to count our blessings, chief amongst them the love and friendship we share with friends and family. I recently received an e-mail from a friend in which he said "On some level I believe the experiences of the last 12 months have made us all stronger." I can only echo that sentiment.

A new year will soon be upon us. Take a moment to reflect on all that is good, instead of only looking at what is not, and realize we all have a lot to be thankful for.

Hazy LA and a "Server Room"

In Southern California, Rancho Cucamonga to be exact, assisting with a network rebuild at one of our warehouses. As usual with these projects, we start early in the morning after a caffeine jumpstart at the local Starbucks and work until after dark. The first day, Friday, we never left the building...about a 100' walk from the server room. Saturday I did get a chance to stroll outside on a couple of occasions and look at the mountain range rising behind the jail. The peaks had a good covering of snow, courtesy of the heavy storms mid- week that almost canceled our installation. I was struck by the haze hiding the base of the mountains, a typical view according to the locals...

Sometime about the middle of the day

And just at sunset (still about three hours work to go) 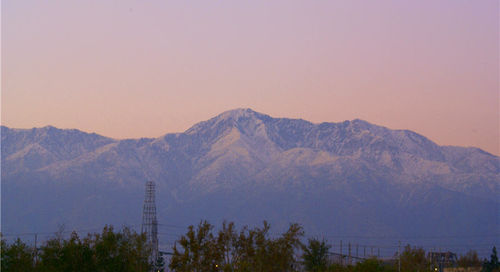 For those of you who have never seen a "server room," prepare to be disappointed. Most are not anything like you see in the movies. They are usually just a bunch of computers in a room with a mass of wires and cables running hither and yon. It is not until you get to big networks that they take on the appearance of the fancy server centers the media is so fond of.

Here is the "server room" at the warehouse and our Network Architect, Tom Scott, making sense of the spaghetti known as network cabling. The main server is actually housed inside the big gray cabinet (a specially built... and expensive... box designed mainly to keep curious fingers away from the computer).

Please note two essential IT tools at the lower left: a cup of Starbucks coffee (that one is Tom's, mine is much closer to me, behind the camera) and a pair of scissors. 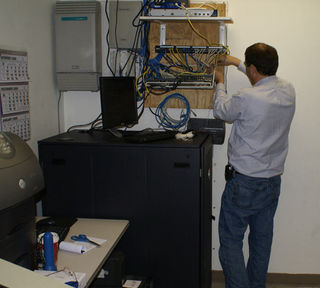 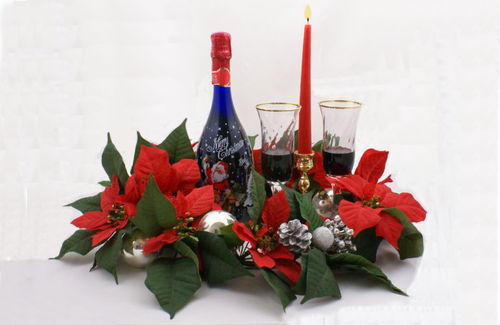 How big is Wal-mart?

Regardless of what you think of Wal-mart (most of my thinking about them is negative), these numbers are staggering:

Just so you don't think I am making all this up or accepting some whacko e-mail at face value, go here for a more in-depth analysis and documentation of the statements... except for #13, that is pure commentary.

5. Wal-Mart employs 1.6 million people and is the largest private employer.

6. Wal-Mart is the largest company in the history of the World.

7. Wal-Mart now sells more food than Kroger & Safeway combined, and keep in mind they did this in only 15 years.

8. During this same period, 31 Supermarket chains sought bankruptcy (including Winn-Dixie).

9. Wal-Mart now sells more food than any other store in the world.

11. This year, 7.2 billion different purchasing experiences will occur at a Wal-Mart store.(Earth's population is approximately 6.5 billion.)

13.Let Wal-Mart bail out Wall Street and The Auto Industry

All photographers must be constantly supervised... 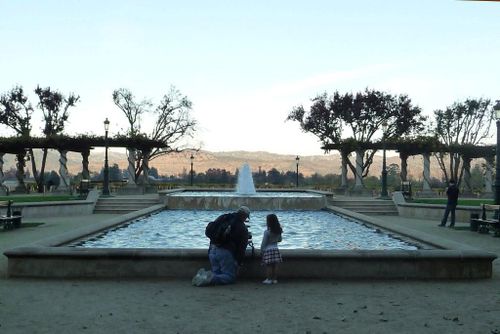 (image by Jodi, at Rubicon Estate, 11/08)
Resulting image can be seen in November 30 posting of trip to the winery and
in my Travelin' Around, 2008 Photo Album.

There is something fishy in Atlanta...

One of the perks of working for a really big foodservice company is that every now and then we get to visit interesting places where the company operates the foodservices. In this case, I was in Atlanta with a training group and we went to the Georgia Aquarium , advertised as the world's largest aquarium.

The aquarium itself was fascinating... 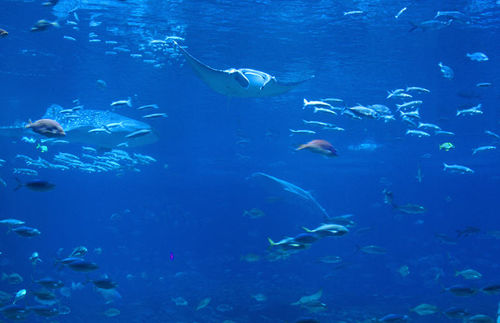 But even better was when we were taken on a behind-the-scenes tour, including going above the main tank, which was bigger than a football field, and looking down into the water... 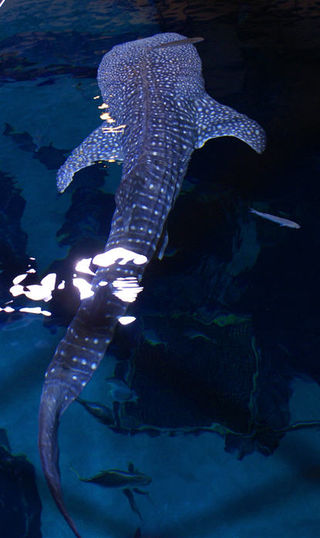 That is one BIG shark!!!

Some of the best views, however, were not in the main tank... 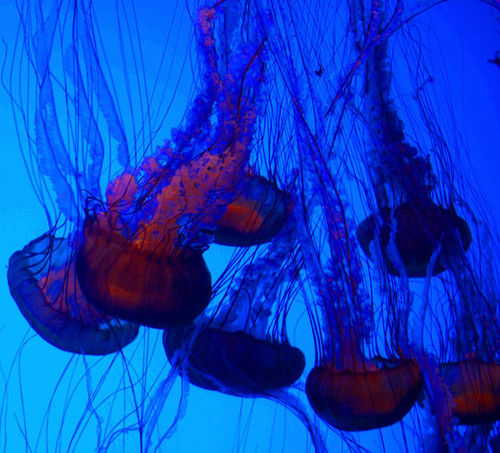 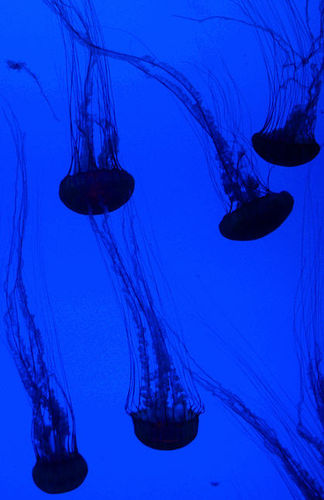 Obligatory group shots become MUCH more interesting when there is a really big fish tank in the background! An image by Jodi!!

As noted in an earlier posting, I don't often reference other folk's work in my blog, but I am really proud to link to this image! Jodi took this during our trip to Rubicon Estates last weekend (details below). While the rest of us (except Callie who is 4) were sampling wine offerings, Jodi was lying on the floor shooting up at the grand light fixture in the middle of the room. Since her lens wouldn't capture the entire fixture with her lying on the floor holding the camera, she lined the shot up, set the timer and sat the camera on the floor pointing up. 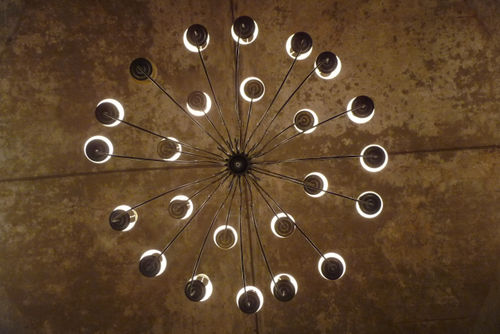 The geek/ web designer in me loves this site:

(plus it is the exact same device I use)

Even if not a geek, check it out... an awesome site

(it does require reasonably good highspeed and sound to fully appreciate)