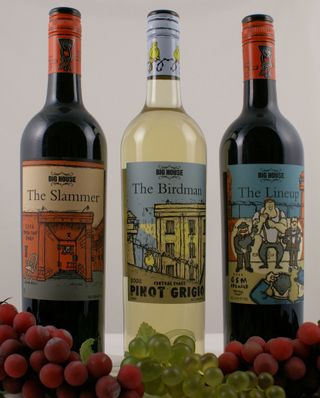 As part of my Day Job, I spend a lot of time behind bars (no, no... it is not what you think: the job requires visiting jails and prisons around the country!), so when Ruth brought home these three bottles of wine I felt an immediate affinity to them!

Finally, a wine to drink in the company of prison and jail officials who tend towards beer.

And a wine that relates to a career in corrections!

Each bottle features a screw-top so you don't have mess with those pesky corkscrews.

You don't even need to know that one red is a Syrah, the white is a Pinot Grigio and  the other red a Grenache/Syrah/ Mouruedre blend... just order Red, White or Blend. Better yet, order a bottle of Slammer, a bottle of Birdman or a bottle of Lineup!

Every detail was considered, from the image on the top to the jailhouse descriptions on the back labels. 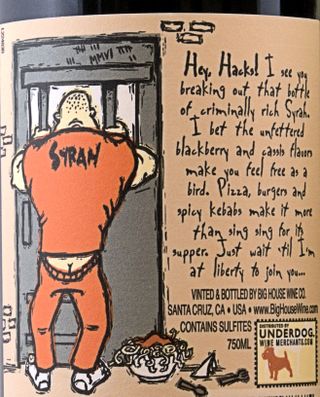 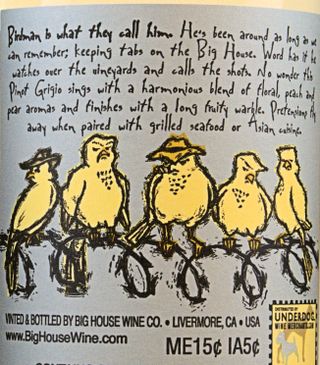 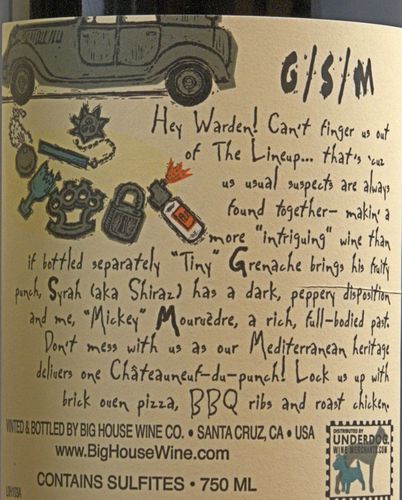 More fun: visit the winery's website at The Big House

We get up every morning, following our routines to start another day. All too often the morning is filled with getting ready and doing and going. Every once in a while, though, walk outside and it hits: what a magnificent morning and what a great day and what an amazing world we live in...

Sunrise July 25, 2009
(this is a slide show: if you are on a slow connection, click through the images or use the embedded controls)

It's "Monsoon Season" in Arizona: worst weather of the year, but great for sunrises and sunsets!

What do you do when it is 114 degrees outside and you cannot run away to someplace cool??

I don't know about you, but I play in the studio (the coolest room in the house), whiling away the hours in a white box and fiddling with lights... 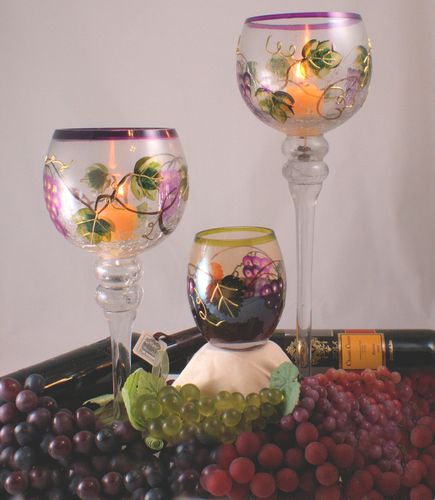 And shooting through a window at glass and wax baking in the sun and heat... 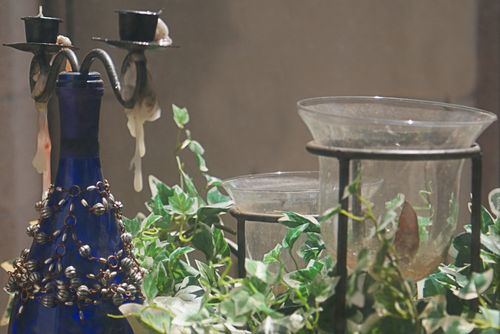 And taking a picture of a lazy cat who found himself a cool place to watch the world from... 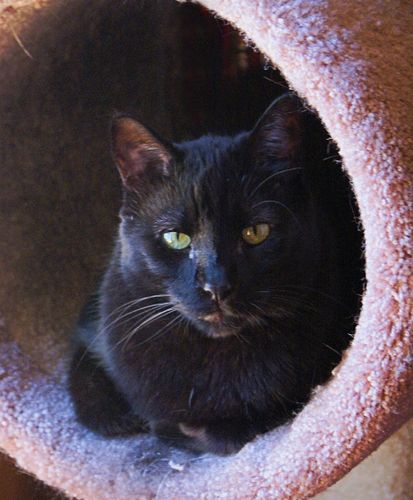 How hot is it in your neighborhood??

How hot is it in your neighborhood?? 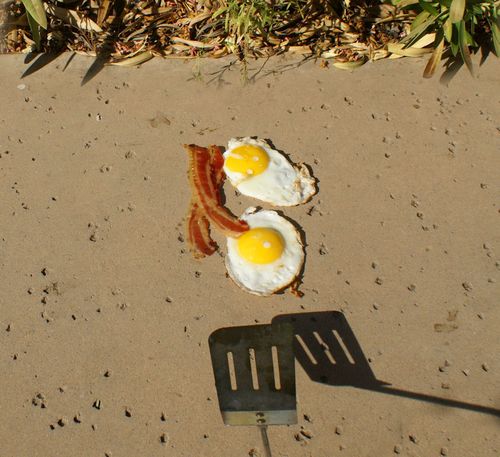 Well, at least it feels that hot!

I had so much fun putting these pictures on Facebook, I just had to post them on the weblog. Amazing, the old snapshots and posed shots... all done on traditional film and stuck in albums or boxes.

Collected, dusted off, scanned into digital with their scratches, creases and all.  Then on to "adjusting" in PaintShop Pro,  although truth be known, not so much because I like the patina of age. And finally morphed into a slideshow courtesy of the wizards at SmugMug.

All the while the memories flooding back in, hidden away by the hubbub of daily life and leaping out to hit unexpectedly hard.

here she is NOW: 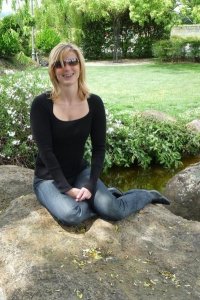 And here she is THEN:

A friend of mine is a fanatical Alaskan (he would claim that "fanatical Alaskan" is overkill... all Alaskan's are fanatics) and sent me this Tribute to Michael Jackson link.

A bit of background before you watch: it was filmed at the Arctic's Toolik Field Station in northern Alaska and is performed by the Summer Researchers there. They claim this is the Northern most Tribute to Michael... the station is 350 miles north of anything. Evidently they have a big fly problem in the summer, as evidenced by the fly masks (you can really see them on full screen) and the fly/ bug cameos throughout the performance.

Some of the posted comments are great: view them by clicking here

I spent a chunk of the 4th celebrating friends and family by collecting, viewing and posting my favorite images in a new Gallery, Friends and Family. Click here to go to the gallery or go to my Gallery site, http://billterry1.smugmug.com.

Or just hang out here to see a slide show of the images!

Why did the chicken cross the road? The Controversy Continues 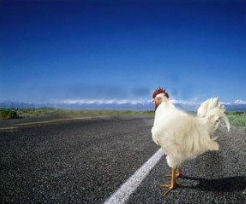 On a newsday slowed by the 4th of July holiday, featuring tidbits about Sarah Palin resigning and an extremely heavy duty anesthesia found at the Michael Jackson home, this article was featured in the local section of today's Arizona Republic:

Drivers found themselves contending with more than holiday traffic Friday when a chicken was found crossing the road.

Northbound Interstate 17 remains backed up north of Loop 101 after a rooster tried to cross the freeway about 11 a.m. at Arizona 74

"It's just a busy holiday - and of course the rooster," said Officer Robert Bailey, a DPS spokesman. "The rooster only compounded matters."

An officer removed the uninjured bird within 40 minutes, but Bailey expects the heavy Fourth of July traffic to remain slow-and-go through late this evening.

The officer gave the rooster a ride to New River in the back of a patrol car where the fowl was released.

"Luckily there's a cage back there so the rooster wasn't flying in the driver's compartment," Bailey said.

So what can we learn from this story?

1. The age old controversy continues: since officers removed him before he got across the road, we still don't know why the chicken crossed the road.

2. The chicken was not interviewed, leaving his intentions and motivations unknown. Overly zealous law enforcement officers hid the chicken in the back of a patrol car and spirited him away to New River, disappointing philosophers and paparazzi around the world.

3. There really wasn't a lot of local news today in Arizona.

Hertz Car Rental- how far the mighty have fallen

Those of you who know me are aware that I travel a lot and, as a consequence, rent a lot of cars. Our company, in their infinite wisdom, recently cut a deal with Hertz, making them our Preferred Car Rental Company. Many of us who were happily renting from other companies are now using Hertz, myself included.

Hertz was, and still is, the Big Guy in the car rental business, a series of unfortunate and infamous OJ Simpson commercials years ago notwithstanding. As such, you would expect them to be "#1" in customer service, right? The occasional flub but overall the good guys, right? Not so, as evidenced by the following:

I was recently in North Carolina and had need for a rental car. I picked up a "mid-size" vehicle at the Hertz lot in Charlotte, NC. I got on the interstate and the car was making a strange humming sound, but it was running OK. I tapped the brakes at about 60MPH and the car tried to jump into the next lane! "Not good," said I to myself.

The next morning, Saturday, I contacted Hertz Roadside Assistance, telling them of the car's problems. They told me to take the car to the nearest Hertz location and exchange it for another. Off I went for the 45 minute drive. I exchanged the car for an even smaller car and returned to where I was staying.

Now here is where things with Hertz start to get wonky:

1. I called Hertz Roadside Assistance and was put on hold. I gave up after 30 minutes, never getting through to a live person.

2. I called the local Hertz location where I had exchanged the car. I gave up after about 30 rings with no one answering.

3. I called the Hertz Gold Club Number and, after wending my way through their automated attendant, got a live person. I told her I was unable to contact Roadside Assistance and needed help. She apologized and put me on hold. After about 45 seconds I was... back in the queue for Roadside Assistance, the same queue that hadn't answered before. I gave up after 30 minutes, never getting through to a live person.

4. I called the main toll free number for Hertz. This time I told the person answering to PLEASE not transfer me to Roadside Assistance. She didn't and a rather lengthy call ensued. To make it short, neither she or her supervisor could contact the local office to find out if they were open and had a car  I could exchange for. They finally got a text through, told me the local office was open but very busy due to incoming flights (a small location). I was assured a car would be there.

So off I went for my second 45 minute drive to the local Hertz location. I then had the ONLY positive part of my rental experience. The local counter person was friendly, apologetic and upgraded me for free. I got the THIRD car of the trip and drove off.

Life was good until it came time to return the car in Charlotte the following Tuesday:

5. I told the check-in guy about my experience (3 cars, no one answering the phones, etc). He suggested I go inside and talk to someone. Having a little time before my flight, I agreed to.

6. I walked into the building and came upon two people sitting behind a counter. No one else was in the area. I advised the gentleman who looked up (the other person totally ignored me) that I had been told to come in and related the problems I had experienced. He looked at me and, in an extremely condescending manner, told me "that is what Customer Feedback forms are for." When I reiterated what the check-in guy had said, he repeated that I should fill out the form and told me I could not talk to anyone. I left.

7. I called Hertz Customer Service from the airport. The nice automated attendant told me I could have someone call me back since there were long hold times. I left my number and waited with bated breath for a return call. An hour or so later, just as I was boarding my flight, Hertz called back. The guy I spoke with wasn't very sympathetic and told me he couldn't do anything. He wouldn't even listen to my concerns. When I told him I had gotten the same response from the local folks he told me it was because everyone was running with "skeleton crews." He suggested I send Hertz an email or a message.

8. I sent a message to Hertz Customer Service via their web portal, outlining my bad experience. I have not had a response.

Hey Hertz, are you reading this because you got an internet hit on your name? It appears it will be the ONLY way I can effectively communicate with you.

As noted above, I can almost understand two cars with problems, although I have never experienced this before in all my years of renting cars. What I cannot understand is why your Customer Service was so consistently bad throughout several departments of your organization and why several of the people I talked to were obviously not interested in listening to me, despite my being directed to them. It appears Hertz has grown a culture attuned to bad customer service.

I will probably continue to rent cars from Hertz because the company says I have to. I will do so reluctantly, will do so with a definite bad taste in my mouth, and will take every opportunity possible to rent from someone else.