Today someone left us, she succumbed to an unknown feline illness the vets couldn't diagnose. It was her time; the illness reduced her to a shadow of herself, unable to walk, unwilling to eat, plaintively expressing her misery; it was time. We decided not to make her suffer further and took her to the vet for the last time. Ruth was stronger than me, she took her on that final trip while I hid out at work.

She was a typical cat, often disdainfully putting up with the people who took care of her from her days as a little kitten, often bored with what was going on around her, often asleep... and often so happy to see us when we came home or got up in the morning. Her given name when we adopted her, Saphyl, never quite fit. To us and everyone who visited our, actually her, house, she was Sophie, or just Soaf. She, in her own small way, helped fill our lives.

In the big scheme of things it was a minor event, a cat.... a pet... passing away. In our little scheme, it was a major sad event. Goodbye, girlfriend.

Leavin' on a jet plane, 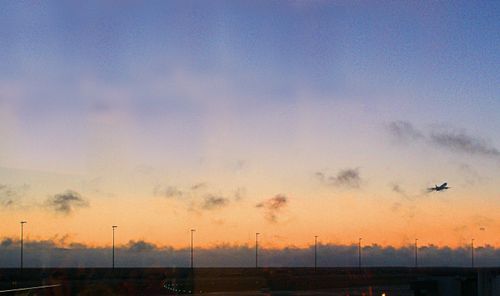 This time in Brentwood, California.

Headed home tonight after 1 1/2 weeks on the road! 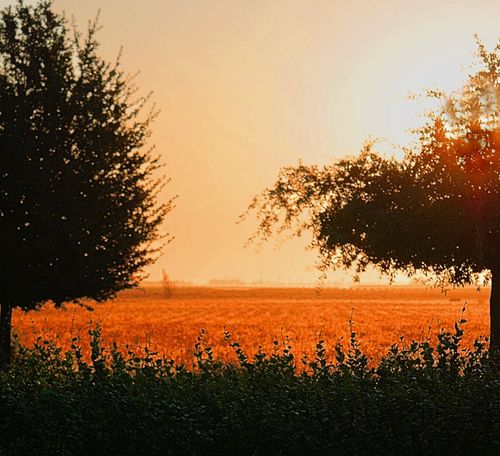 San Francisco through my eyes 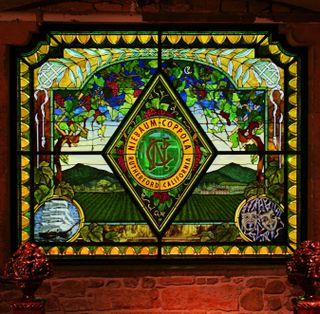 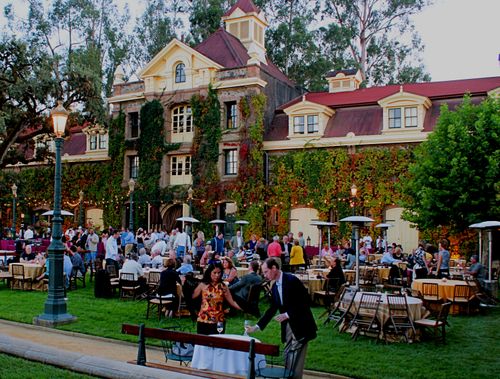 Fountains and the Band 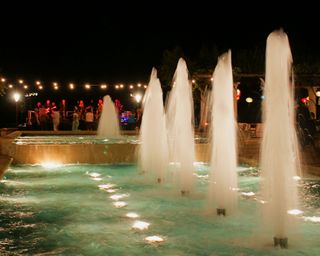 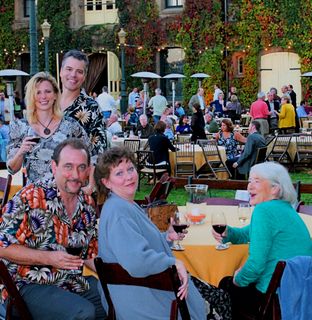 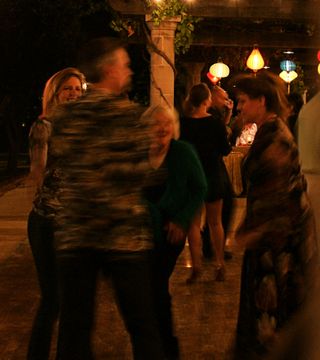 A Tour of the usually- closed underground Wine Storage... an enormous cavern under the winery with a constant 55-62 degree temperature. Most of the wines stored are 2008, that will be bottled in 2012. 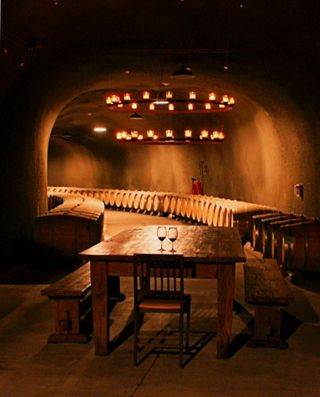 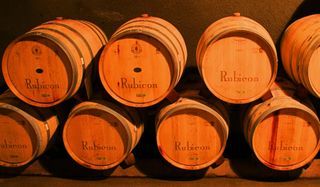 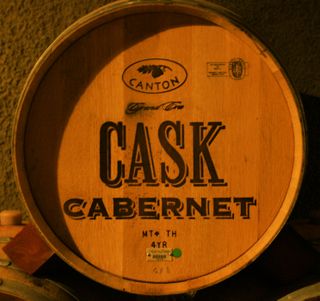 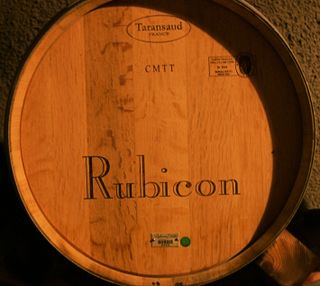 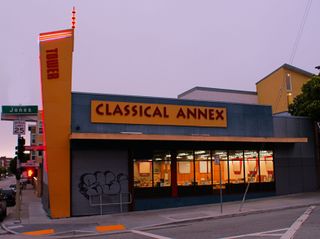 When we checked into our hotel in San Francisco, a look out the room's window revealed we were across the street from a San Francisco icon: the old Tower Records store at the corner of Bay & Jones.

One of the original record store chains, Tower Records was killed by the advent of digital and internet music, and the rise of the super-stores selling music. Founded in the 60's, the chain quickly became the standard for record stores. I clearly remember coming into The City and making Tower Records a mandatory stop. A slow decline in sales, as well as some really bad management decisions, led into bankruptcies and all the US stores closing in 2006. A few overseas stores and a website survived, under different ownership.

This San Francisco store stands, empty racks still in place, as a reminder of time marching on and those who suffer the consequences of not adapting to changing times. 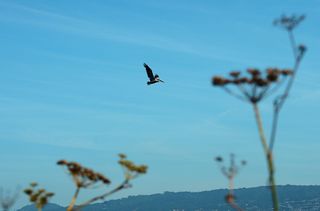 For years and years I have been flying into the Oakland International Airport, rushing to get a rental car and then zooming off to wherever. Days later rushing back to the airport to return the car and catch a bus to the terminals to fly out.

For all those years I have been going past two areas on the airport property that always intrigued me. Yesterday I had some time to burn waiting to meet folks coming in on a flight so I took a bit of time and visited the Martin Luther King Jr. Regional Park and the Oakland Aviation Museum.

The Museum was great because it was not a bunch of prettied- up airplanes all restored to their former glory. For the most part this was a bunch of old planes in and around an ancient hanger, most all showing their age. You get a real feel that these planes and their hanger had been worked hard and then discarded when no longer of use. 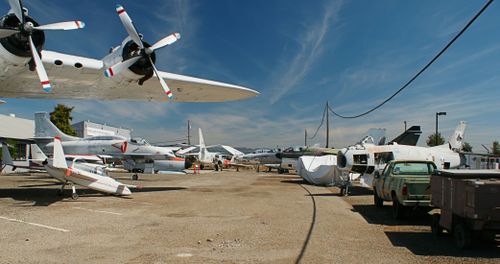 The Meaning of Life and The Answers: available if you know ancient history

The Meaning of Life and The Answers To Some Of Life's Biggest Mysteries.

Available if you know ancient history
(Listen to the wisdom of your elders, young ones) 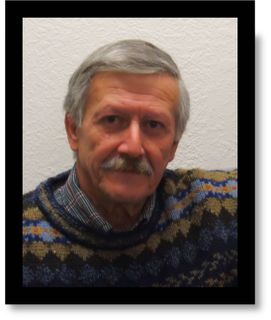 Lest we should forget.

I just completed a new Gallery at the SmugMug site: Sunrise, Sunset... a collection of sunrises, sunsets and after dark images. Check out the new featured gallery!

MANKATO, Minn. — Two Blue Earth County sheriff's deputies didn't have to work too hard to track down four burglary suspects. The suspects, in fact, pulled right into the Happy Chef restaurant where the deputies were on a coffee break Wednesday night. The deputies had been investigating three residential burglaries that night that had similar methods of operation. When they were on their break at Happy Chef, a report of another burglary came in from Le Sueur County with a description of the suspects' pickup truck.

A truck matching the description then pulled into parking lot and the deputies didn't have to go far to make an arrest. And, the stolen goods, including laptop computers, other electronics and jewelry, were in the back.

Captain Rich Murry said even a coffee break can be productive.

2. Good thing the resident fell asleep on couch or it could have been a REALLY bad day!

NEW YORK — Police say a drunken driver sped through a stop sign and hit an earthen mound before going airborne and smashing his Jeep into the second floor of a New York home.

The Jeep ripped a giant hole in the side of the house, then fell into a foyer on the first floor. It came to rest on its rear end with its headlights pointing skyward.

The only person home at the time was asleep on the couch on the first floor. He was not hurt.

A Different View of a Louisville Sunrise

Title: A Different View of a Louisville Sunrise

Subtitle: What you can do on a four hour cross- country flight Friday afternoon! 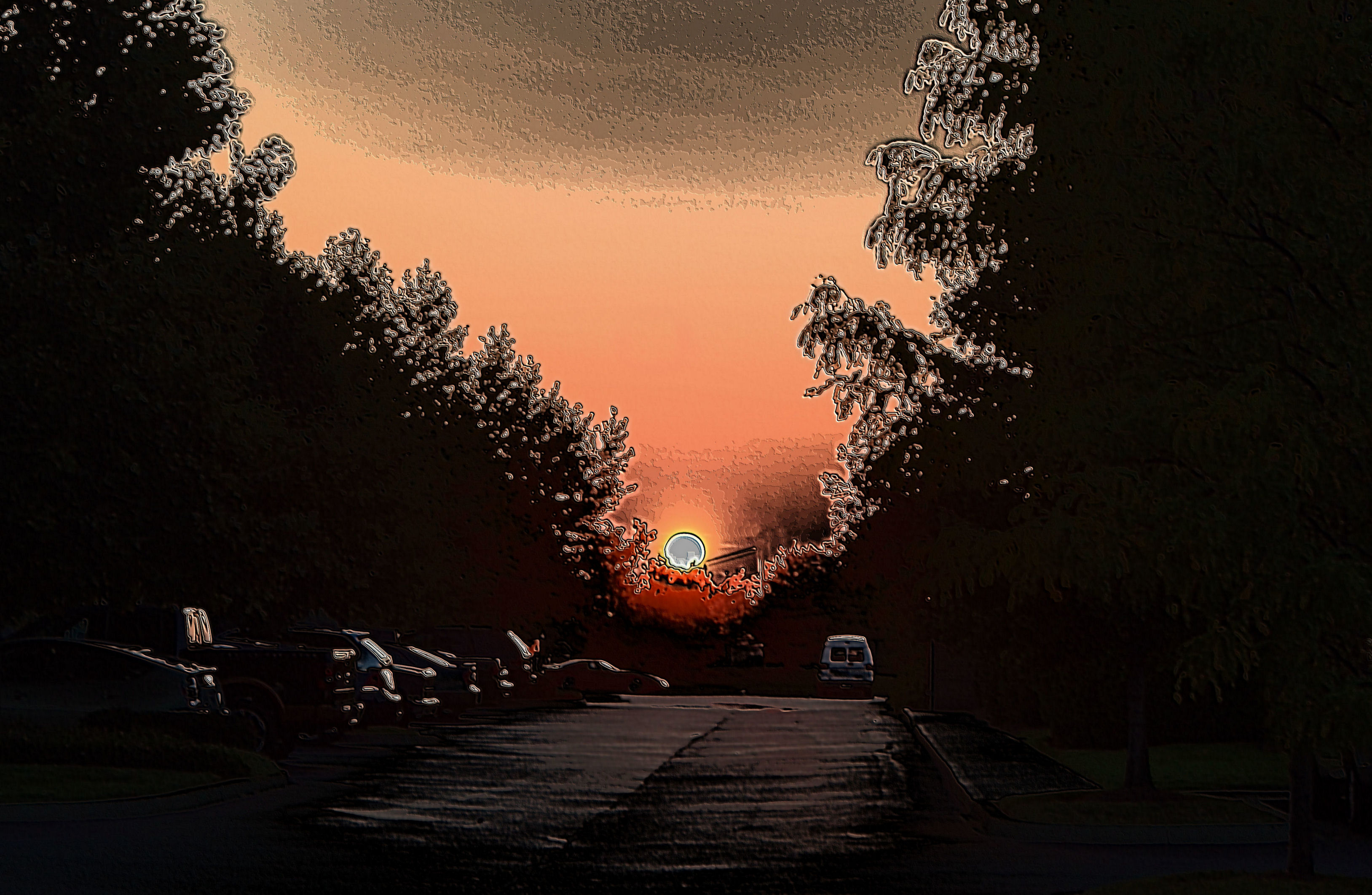 Look around. Everything look normal? Sure, a fleeting glance assures you that everything is just as you would expect it.

How about that sign over there? it looks like a ubiquitous sign for a piece of property for sale. Read it again... does that really make sense? Why need more parking for something that is not there yet? 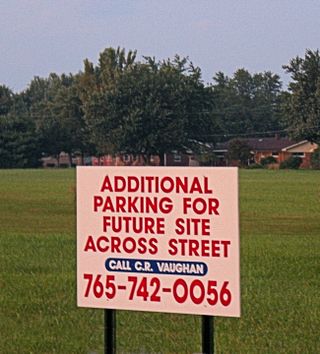 Okay, okay... maybe if you DON'T think too much about it, the sign might make a warped kind of sense.

Walk on down the street. Why, in this lush humid environment (compared to Phoenix!), does someone put out plastic flowers? 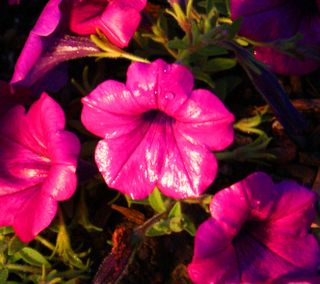 Oops, sorry... it it is a trick of light that redefines what we expect to see. What is real appears plastic when lit by artificial light just before sunrise.

Reality in a very reality- based world moves slightly away from our pre-conceived expectations when we look closer, in the early morning at Lafayette, Indiana.

Is your computer male or female? 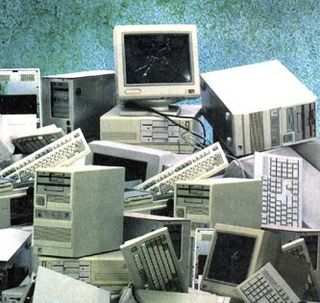 This has been around for a while, but it is still funny...

A Spanish teacher was explaining to her class that in Spanish, unlike English, nouns are designated as either masculine or feminine.

'House' for instance, is feminine: 'la casa.'
'Pencil,' however, is masculine: 'el lapiz.'
A student asked, 'What gender is 'computer'?'

Instead of giving the answer, the teacher split the class into two groups, male and female, and asked them to decide for themselves whether 'computer' should be a masculine or a feminine noun. Each group was asked to give four reasons for its recommendation.

The mens group decided that 'computer' should definitely be of the feminine gender ('la computadora'), because:

The womens group, however, concluded that computers should be masculine ('el computador'), because: