The RubberBand returns to Cave Creek 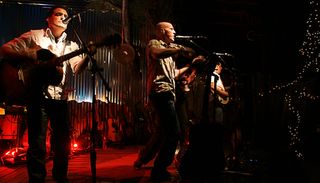 After a two- year absence, Ryan Shupe and the RubberBand brought their unique sound back to Cave Creek, Arizona for one show Saturday night. The 4C (Cave Creek Coffee Company) venue is perfectly suited to the band's eclectic and personal style (defined as PostHeeHawFunkadelicHipHopNewGrass on one of their posters, but even that doesn't do their style justice). You really have to see them in person, and listen to the music, to understand the sound.

The setting was informal to the point that the five members of the band did a "meet and greet" off stage between sets and interacted a lot with the audience during the show. Even the dogs barking behind the stage added to the atmosphere. Ruth, as she did two years ago, went back and forth with the band from her front row seat. Low lighting and a... ummm... lot of activity on stage made photography iffy at best, compounded by my dislike of using a flash during the show. As a result, the images don't do the band's high- octane show justice (too much Red Bull according to the announcer).

Two songs that the band is recording for a new album, some old favorites and some newer songs made up the two set, two encore show. Ryan's solo homage to the traditional Country Western genre was a highlight and caught a satirical moment perfectly. Two Year Old Attitude, The Devil Went Down to Georgia, Orange Blossom Special and Walk the Walk really showed off the band's ability to play different instruments and even play them in strange positions. Phideaux was a howling success (a dog song where the audience howls throughout the song). And, of course, the two favorites, Dream Big and Banjo Boy, had to be done.

Can you tell I am a FanBoy? This was the second time we have seen Ryan Shupe and The RubberBand in person, the previous time at the same venue in Cave Creek. Their style, while hard to define, is outstanding, bound together by great musical skill and a tight sound.

<Edited 11/10: high-def copies of images are now available at my gallery site>

Roger Archibald on the guitar 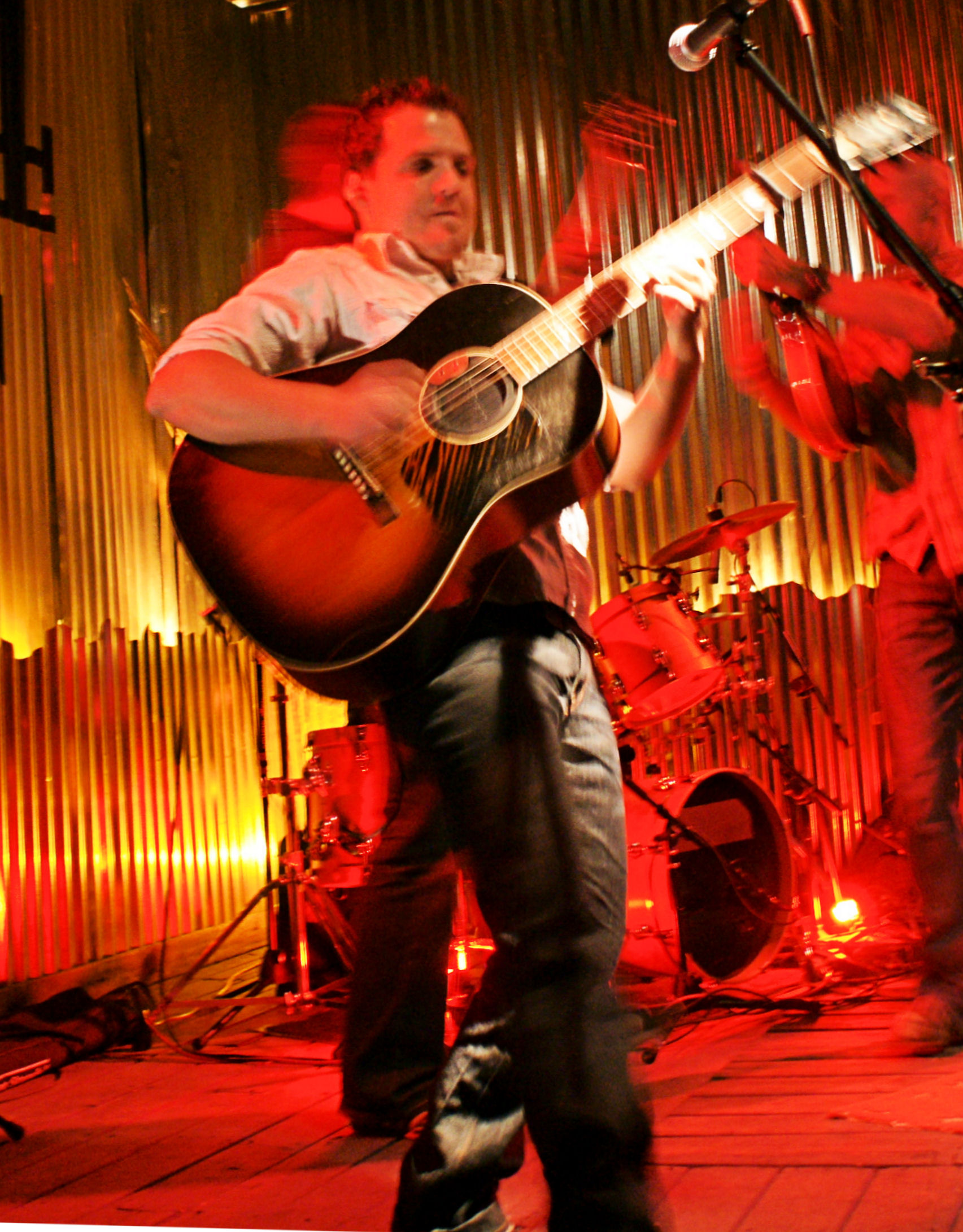 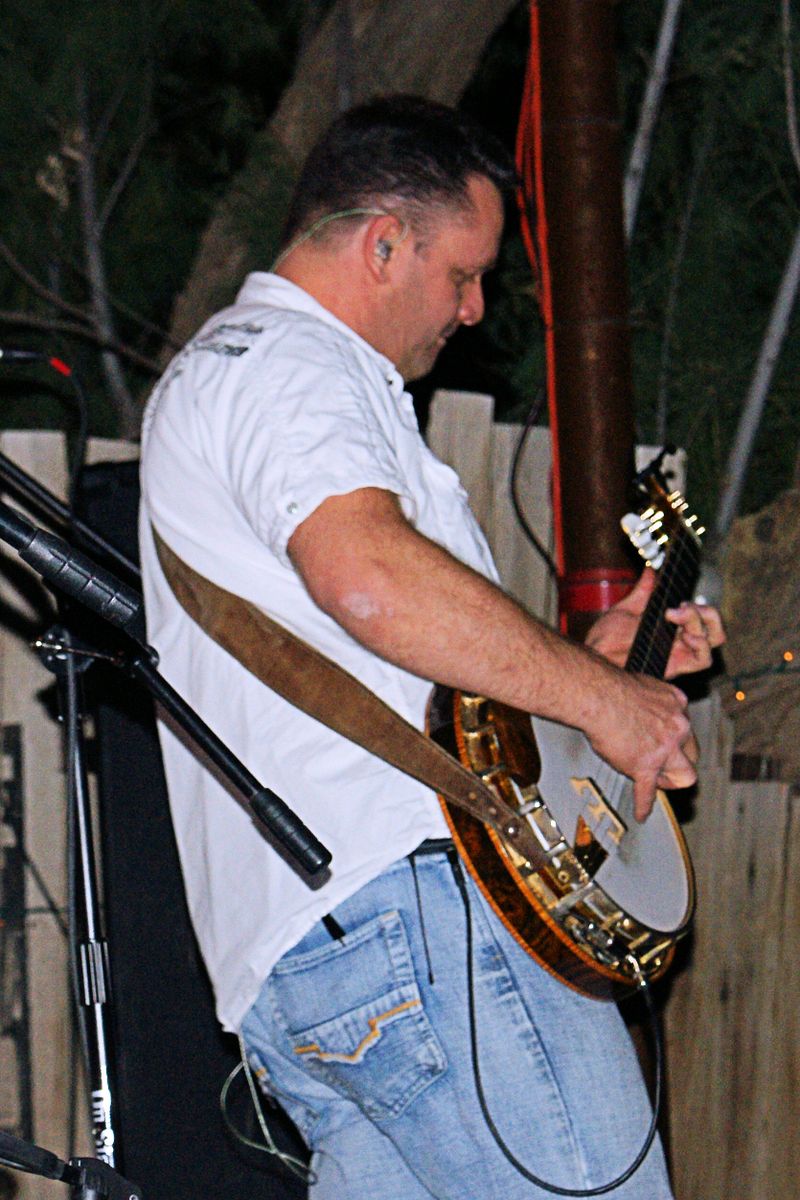 Ryan and Ryan (Shupe & Tilby) with Bart Olson in the background 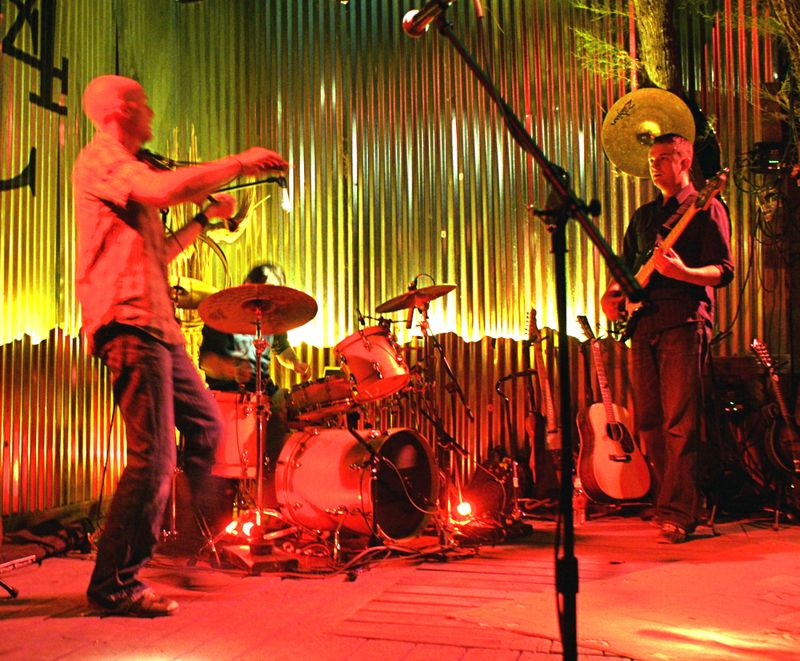 How to play an instrument on your back.... and sound good at the same time 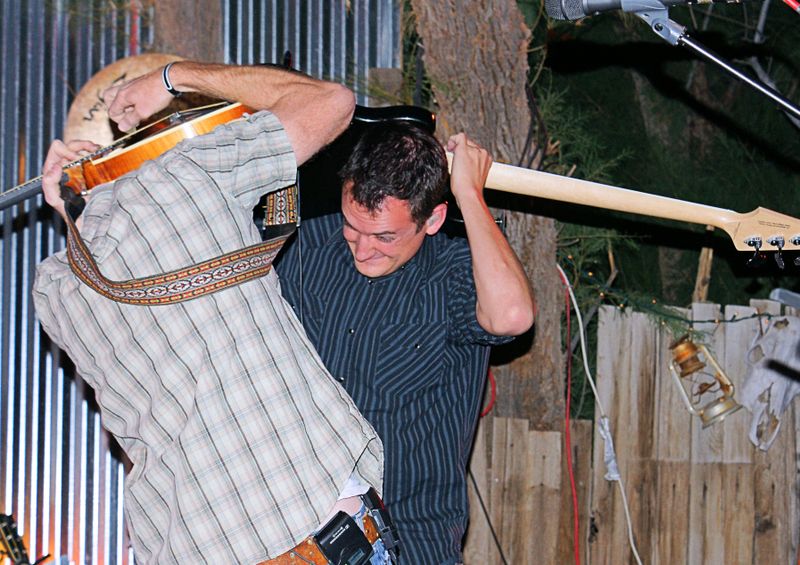 Preparing for the 2nd Set 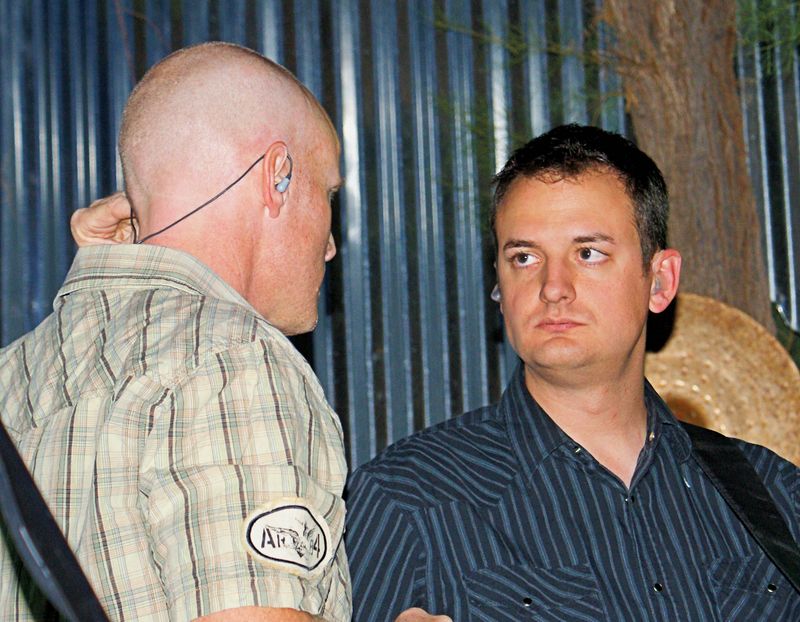 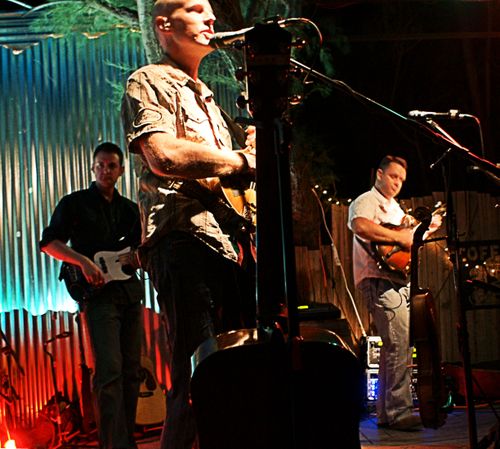