Getting from here to there: Last Day, over an infamous pass and into California

The last, fifth day of our journey took us through Utah, including a stop at the Biggest Little City in the World, over the infamous Donner Pass, and down into California to just outside San Francisco.

Side Note: 'Mid-morning pulled into Reno to an underground platform. The conductor made an announcement that we would be here for a few minutes for those that wanted to stretch their legs and for the smokers (Amtrak trains are completely non- smoking and the infrequent stops are the only opportunity for a few puffs). He warned everyone getting off the train, however, that whatever they did, DO NOT GO UP THE STEPS. Wander around the platform, look down the tracks, but DO NOT GO UP THE STAIRWAY. Because, he explained, if you went up the steps you would be in a casino. And you would have just enough time to put two quarters in a slot machine, come back down the steps... and see that the train had left. 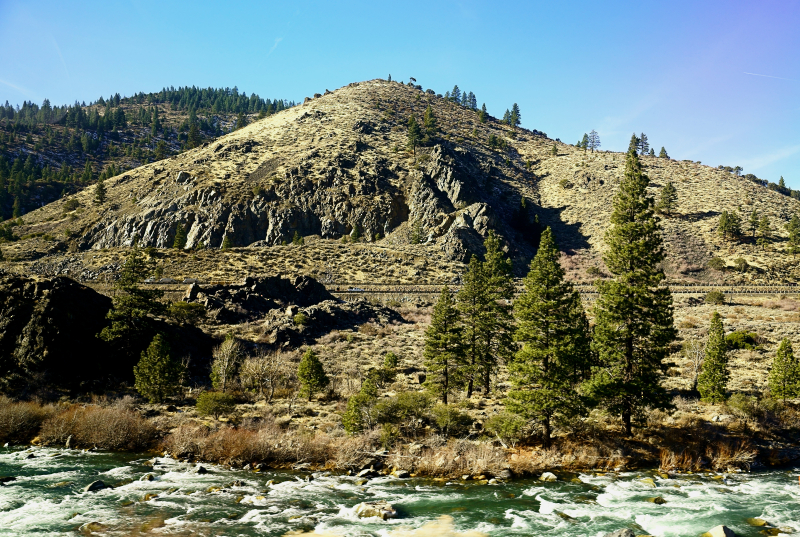 Following the Truckee River to the Donner Pass 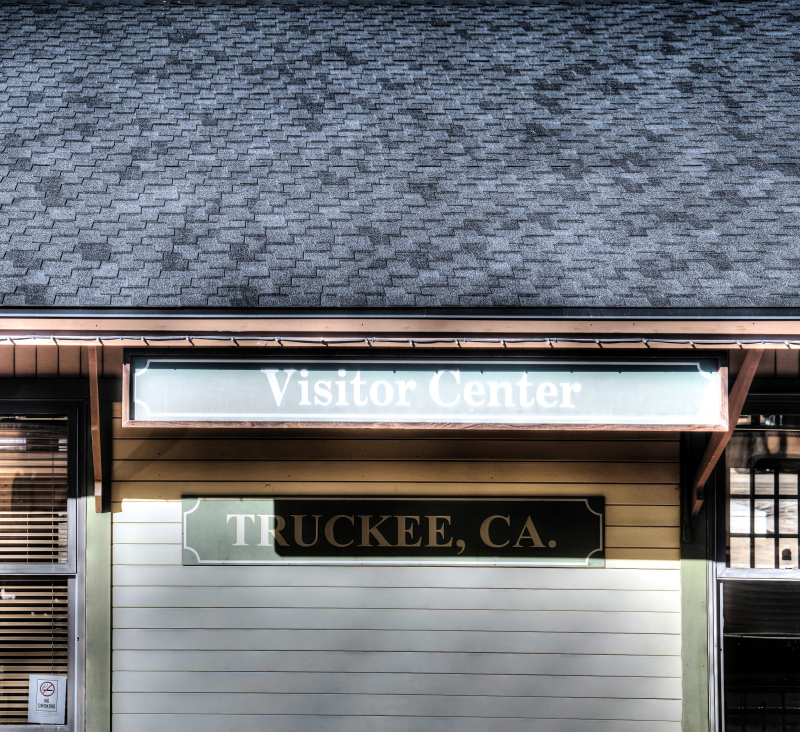 Just across the California line, last stop before the big pull over the Donner Pass 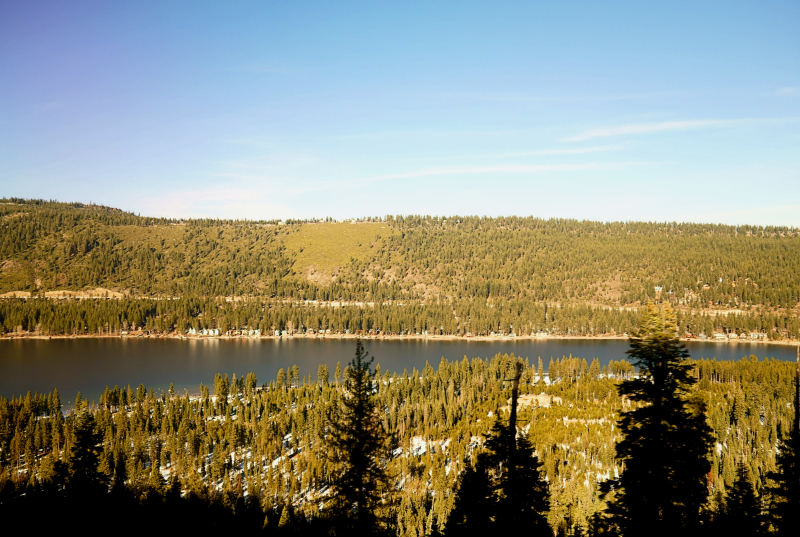 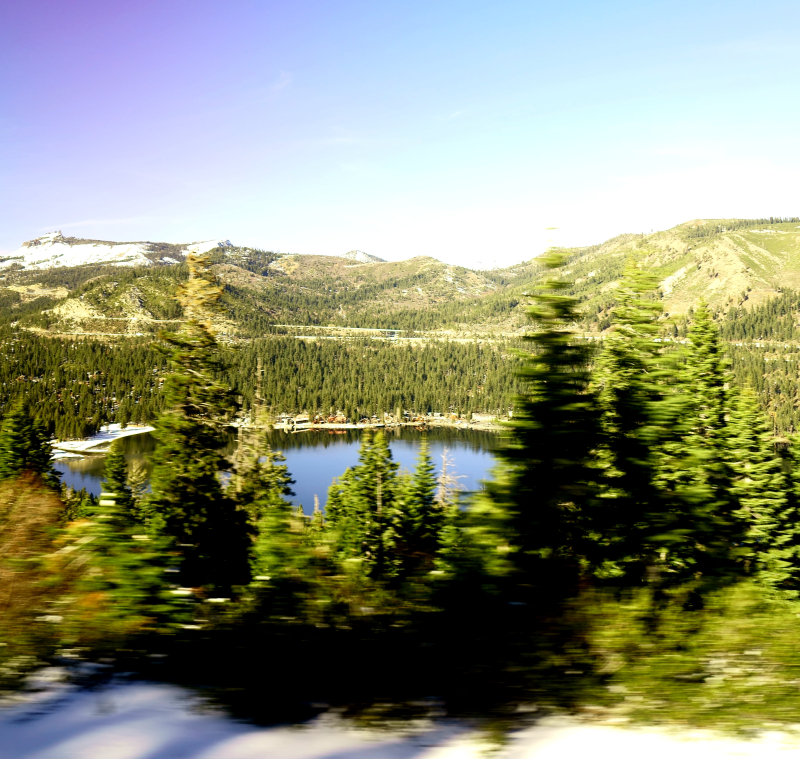 Speeding by Donner Lake. Many jokes about what occurred there and the need to get by quickly. 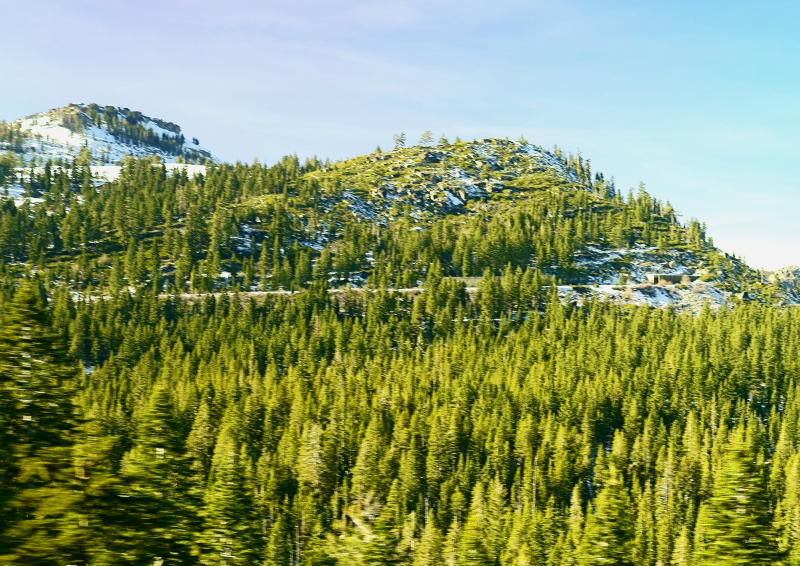 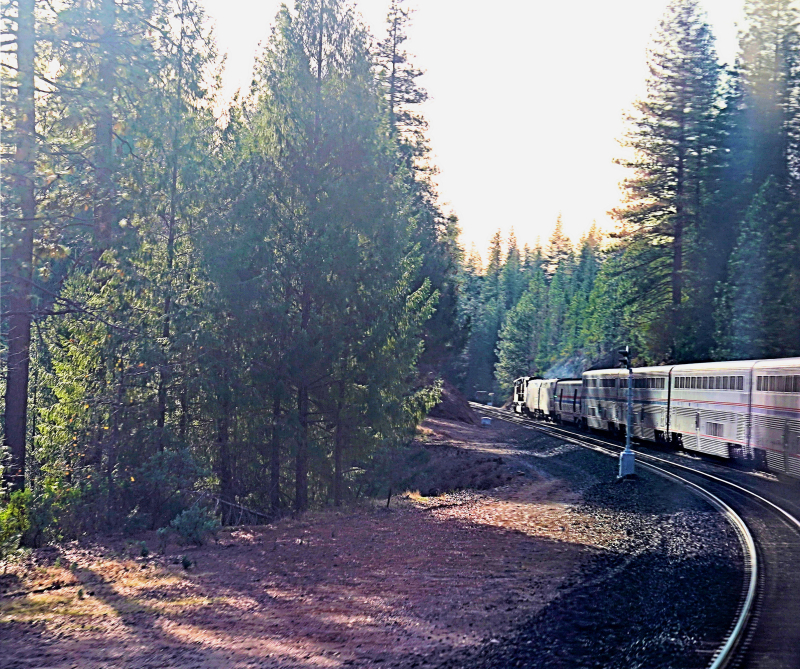 And down into the California lowlands. 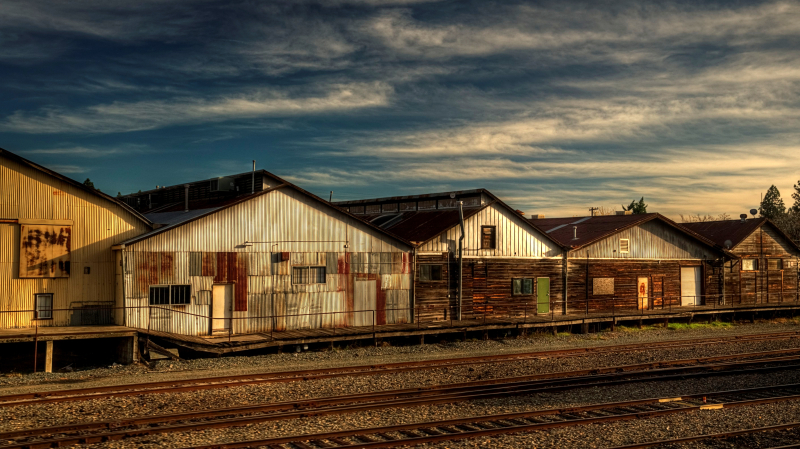 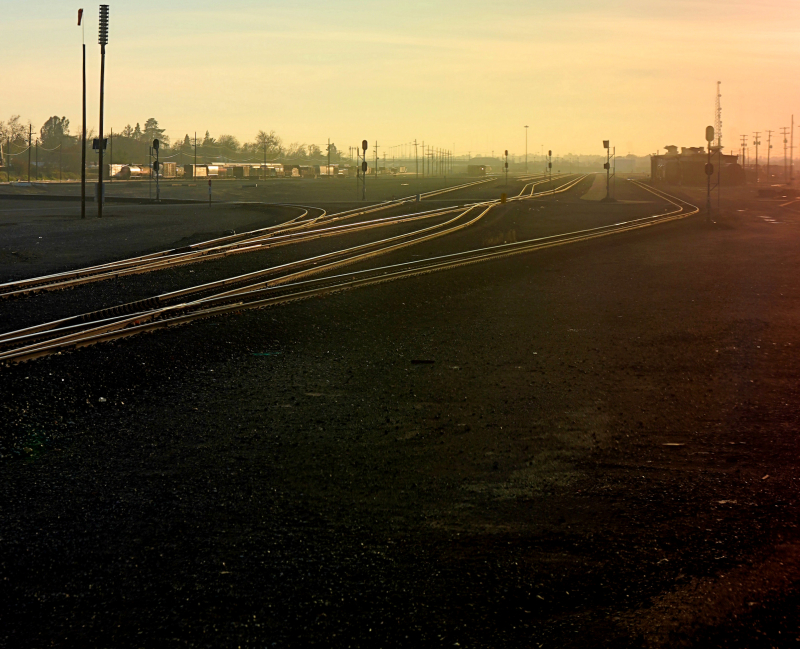 Last leg: across California and into Emoryville, just outside San Francisco. End of the ride.

Next stop: San Francisco, courtesy of our family Uber driver!