A new next door neighbor

A few weeks ago a new guy moved into the neighborhood, right next door to us. Mostly he just sits on the concrete pond square watching the world go by. Occasionally he goes for an underwater hunting swim, with his head popping up around the pond. He has occasionally been mistaken for an aquatic snake, much to the chagrin of those seeing him. 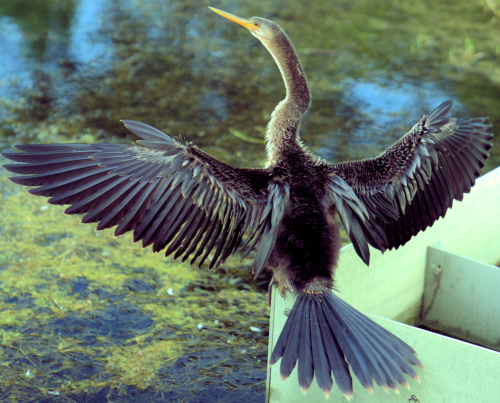 New neighbor airing it all out. 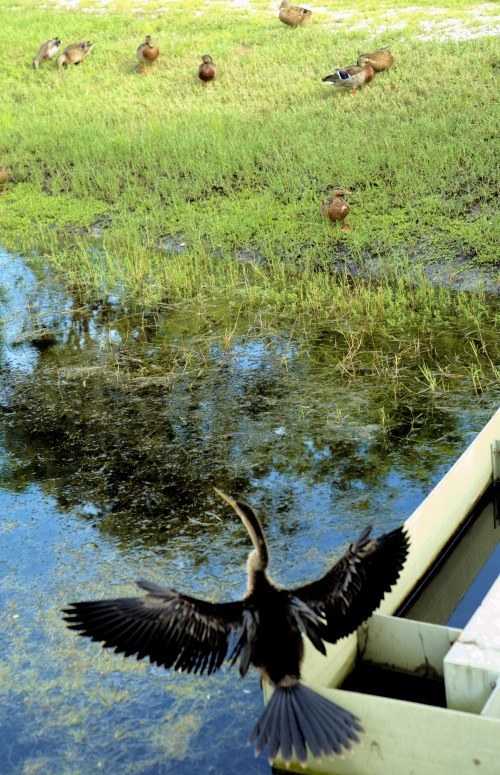 Off to find a snack 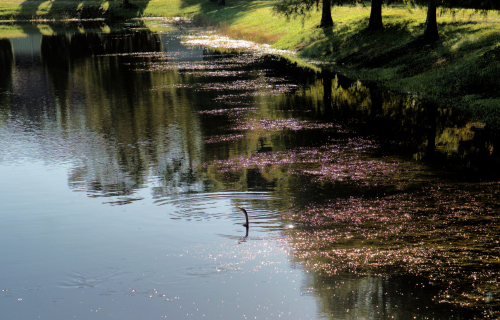