It dawned gray and cloudy at the walled port city in northwestern France on the British Channel. 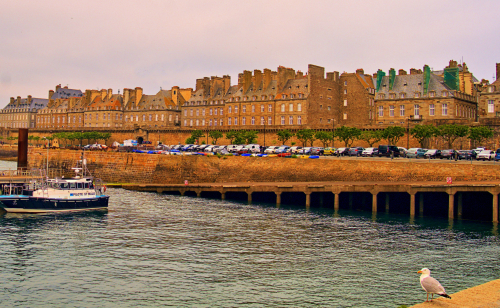 Unfortunately, our scheduled shore excursion once again did not occur. Fortunately, Kelly stepped up and, on the fly, led a great day in Saint-Malo. An excellent starter of Crepes de Froment (sweet crepes) at a local restaurant was followed by a walking tour of the city. Lunch at the Cafe de L'Quest led to a guided tour of the walls and city. 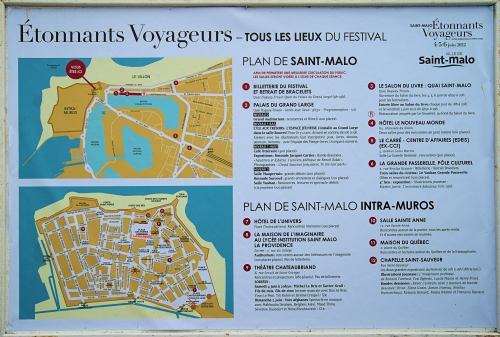 One of many entrances 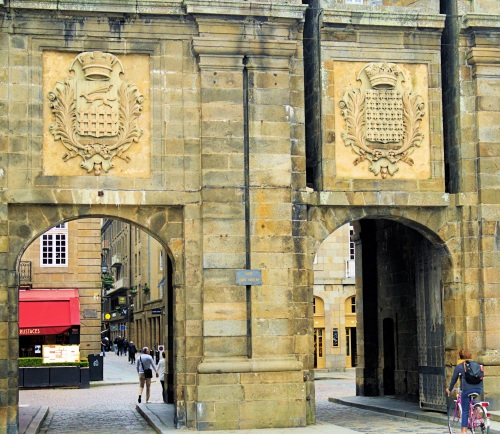 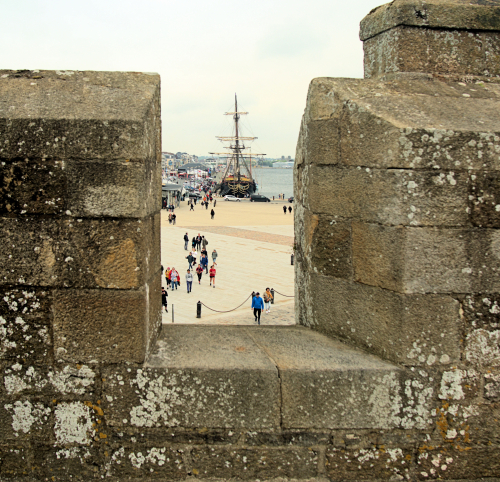 View from atop the wall 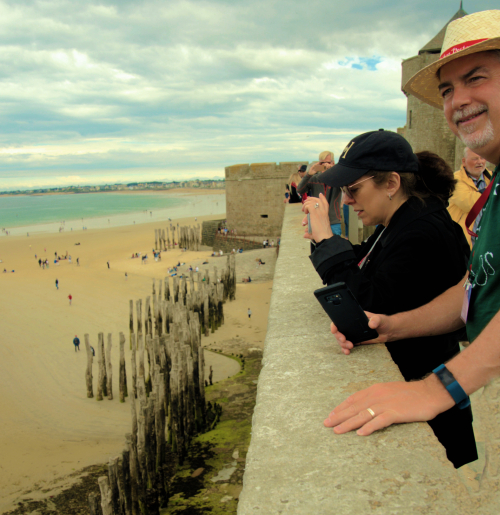 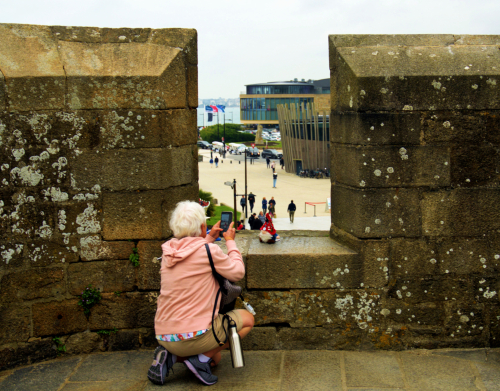 Wilson posing for his fandom 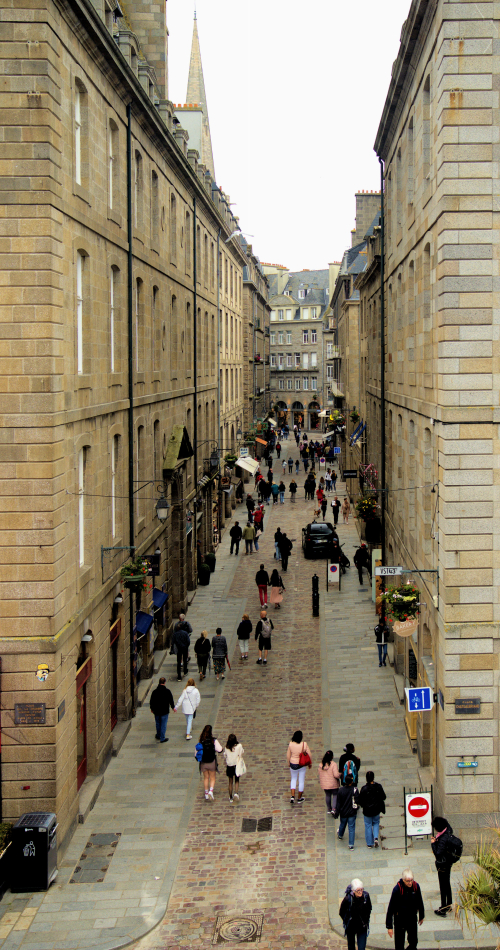 Narrow crowded streets within the walls

Some apartment and wall images 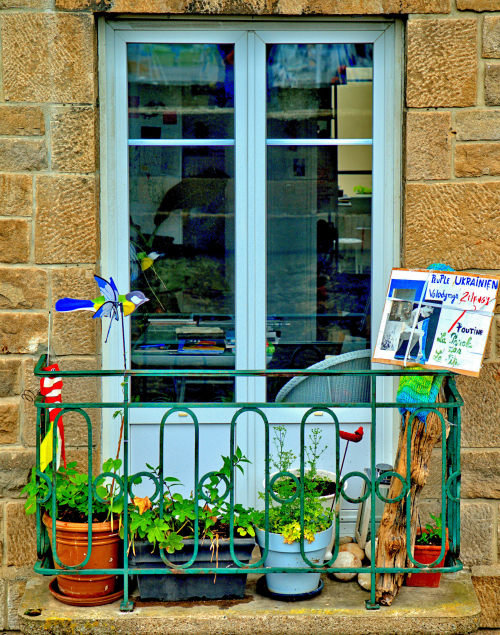 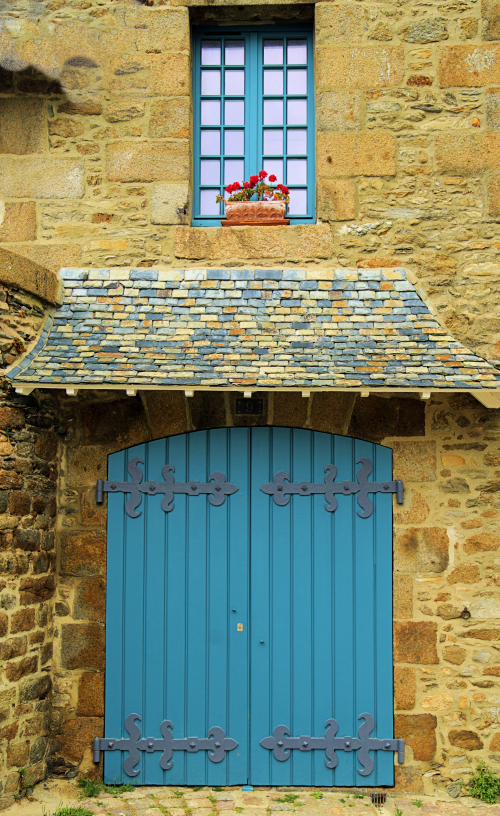 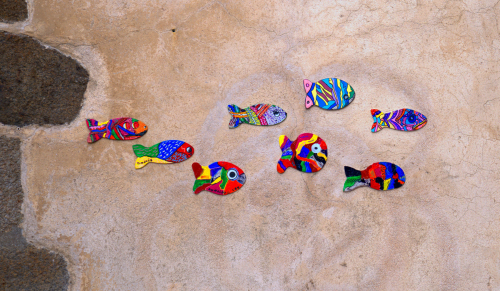 High tide in the morning 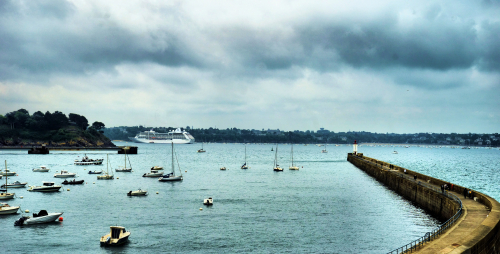 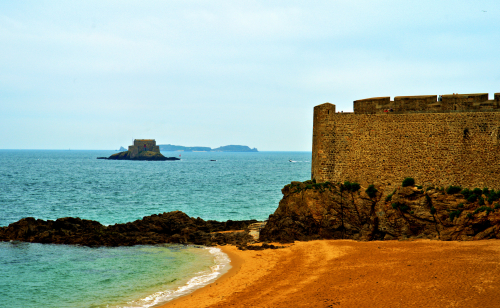 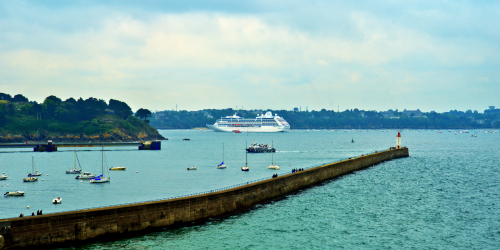 See the object in the lower part of the image? We spent a while trying to figure out why there is a staircase out in the water. See the answer later. 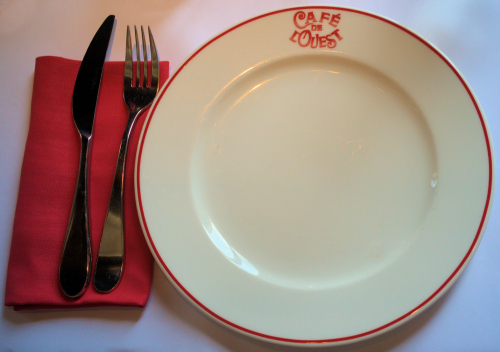 Saint-Malo is known for its seafood! 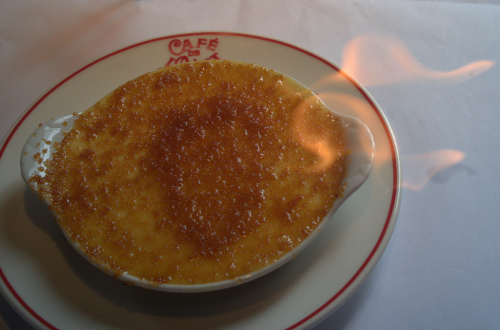 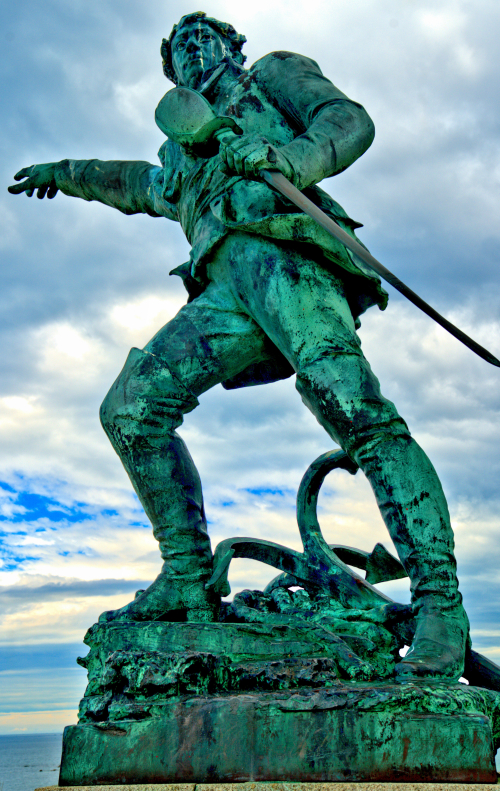 Robert Surcouf (12 December 1773 – 8 July 1827) was a French privateer and slave trader who operated in the Indian Ocean between 1789 and 1801, and again from 1807 to 1808, capturing over 40 prizes. He later amassed a large fortune as a ship-owner, from privateering, commercial activities,the illegal slave trade,and as a landowner. Buried in Saint-Malo. He is pointing towards England, his favorite hunting grounds.

Low tide in the afternoon 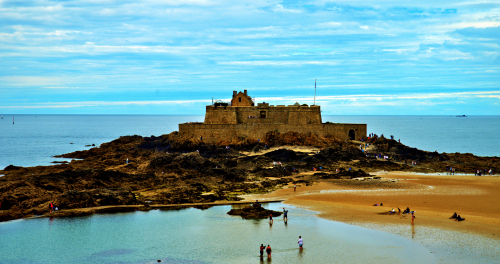 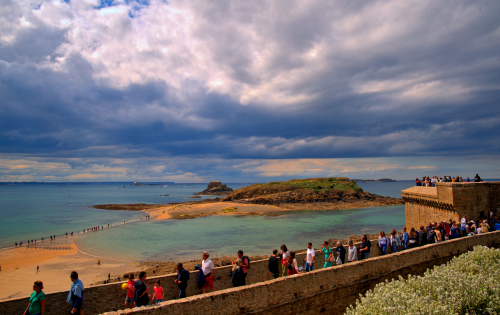 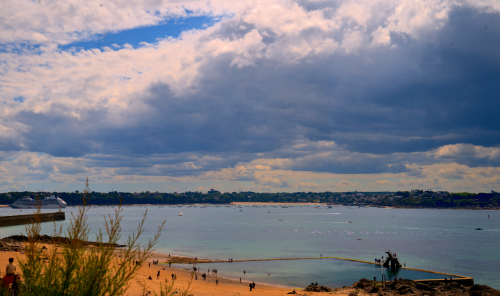 Look at the lower right, the staircase at hightide reveals itself and a diving platform for a saltwater pool at low tide.